How can we expect public spaces to change in the new normal?

As the weeks pass, we’re seeing a shift from ‘daily survival’ to ‘planning what a new normal might be’. As we look towards the gradual end of the lockdown, we can start to speculate what the future might look like and identify the lessons we’ll take away from the past few months.

Here at Placemarque, this involves hypothesizing what behavioural changes we might see, how we’ll approach locations differently, and how public space will have to adapt as we transition back into some sense of normality.

Peter C Baker for The Guardian explains how disasters like COVID-19 “rip open the fabric of normality”. He says, “through the hole that opens up, we glimpse possibilities of other worlds. Some thinkers who study disasters focus more on all that might go wrong. Others are more optimistic, framing crises not just in terms of what is lost but also what might be gained”.

It was a key discussion point at Place North West’s ‘redefining business as usual’ virtual event, which our very own Sue Manley was a part of. With this in mind, let’s look to the positive changes we might see in how we interact with public spaces. 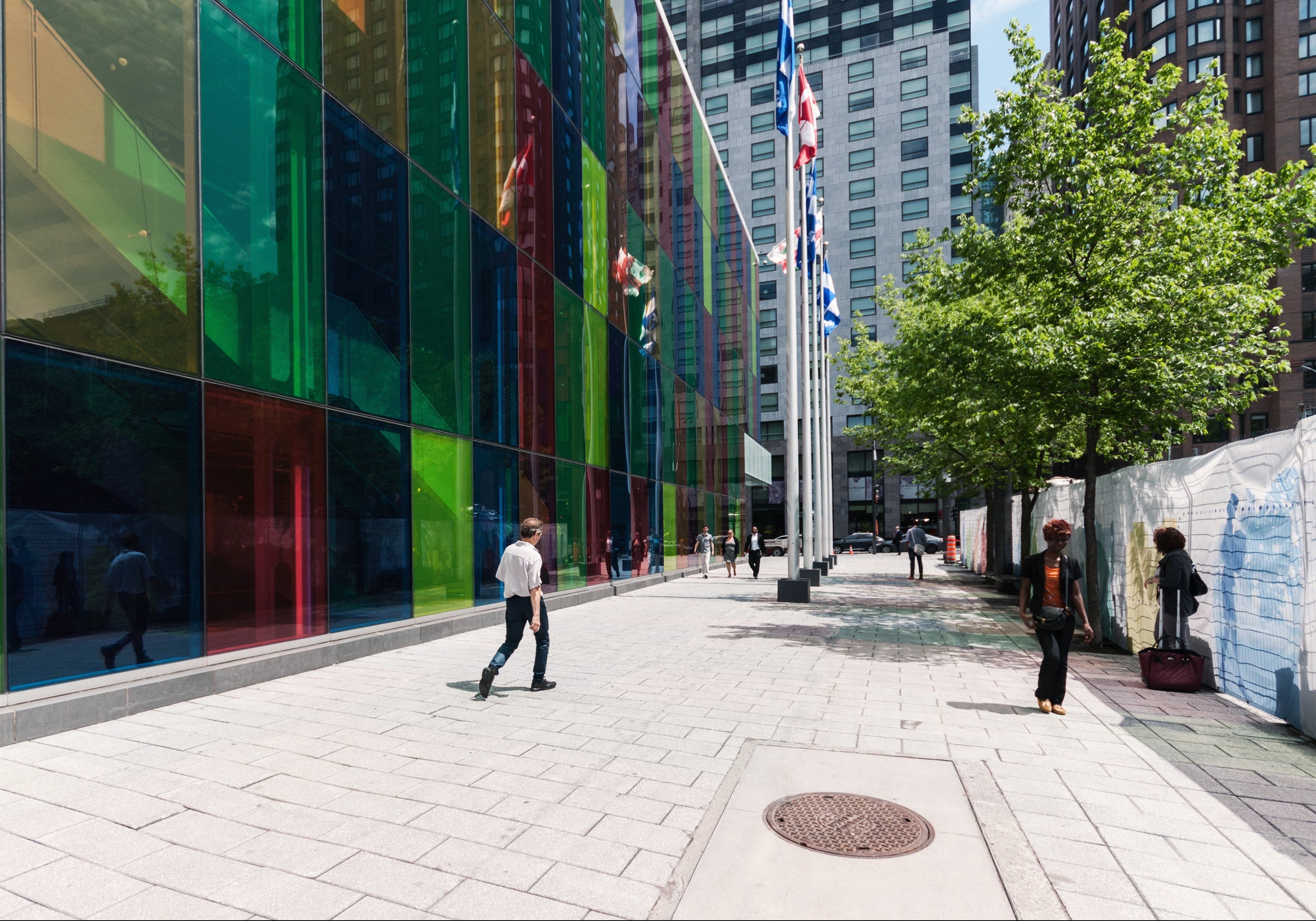 A premium on space

First and foremost, we can expect a much higher premium to be put on open spaces. If there’s one thing that’s dominated this crisis, it’s the idea of keeping our distance from others. And with COVID-19 potentially sticking around for the long-term, the idea of social distancing isn’t going anywhere.

As a result, we can expect urban planning to prioritise more open, public spaces moving forward. It’s about easily adopting social distancing regulations should the need ever arise again. Whether it’s office blocks, travel stations, or shopping centres, visitors should be able to navigate a space while maintaining their distance from others.

We’re seeing many interesting proposals that look to guide us into a new post-crisis normal. Precht, an Austrian design studio, has proposed Parc de la Distance, a public park made up of a maze-like network to allow visitors to complete walking routes in complete isolation of others. Elsewhere, Milan is experimenting with plexiglass shields for public benches and there are ideas for self-disinfecting elevators and door handles you can use with your elbows.

That’s if society still stays town- and city-centre focused. This was brought up at the virtual event; that we may see a move away from these central hubs as outlying towns and communities become more self-sufficient.

Another factor to consider when looking to a new normal is how our habits will change in a post-COVID-19 world.

We’ll likely see significant effects on public transport. In the UK, public transport usage is estimated to drop by 20%. With trains and buses putting people in such close proximity, we could see urban planning shifted more towards pedestrians and cyclists as people opt for these safer options over public alternatives.

As remote working becomes more prevalent, we could also see less traffic on the roads. And this will inevitably change the way we use, plan, and build these environments. This was something brought up at the virtual event; the long-term effects of remote working could see a noticeable drop in traffic that affects how we approach urban design

Sue Manley talked of this at Place North West’s virtual event. Sue said, “The streets are emptier and it feels much more pleasant as a pedestrian walking around. People are starting to take over the streets almost, because there’s less traffic. People are jogging in the streets.

“Whether governments and local authorities take that on board and actually create things like wider pavements so people can safely walk around. And then how that might affect roads, creating more shared space, and that sort of thing that could actually really help the environment.”

We’re already seeing examples of this around the world. Oakland, California has closed around 10% of their roads, Bogota in Colombia has opened 47 miles of temporary bike lanes, and New York is trialling seven miles of “open streets” to reduce crowding in public parks.

At the moment, this is all simply speculation. Urban planning is a long journey and we will just have to wait and see what happens over the coming months. It would also be unrealistic to assume all the changes we see will be here for the long-term. Some solutions might provide a short-term fix but quickly become outdated or replaced as we move further past the crisis.

But this pandemic has certainly provided a catalyst for change. It’s opened our eyes to what public spaces mean. And moving forward, we’ll have to balance all this new insight when planning for a new normal.

At Placemarque, we’re dedicated to making places more accessible, enjoyable, and easier to navigate. If you would like to talk about your wayfinding needs or have any questions, please contact us today on 0161 241 3174.