Welcome to our team

We welcomed two new members to our team this month as assistant graphic designers, Saif and Rowan.

Their first challenge? To answer a few nosy questions from us. Here’s what they said:

Saif joins us after graduating in 2021 with a first class honours in Graphic Design from Manchester School of Art, and a stint working as a freelance designer.

So, Saif, an easy one to start: what’s your favourite TV show?

Comedy is always my go-to and I have recently found myself rewatching shows such as Everybody Hates Chris, Modern Family and The Office (the US version of course).  ​

What’s something you saw recently that made you smile?

The other day I saw a group of butterflies just going about their day and it was so lovely to see.

The very first job I can remember wanting was to be part of the emergency fire service. My dream job often changed, but they usually shared a common theme, walking the line between being very logic-driven and strategy-based, as well as being creative. So I guess I can say I’ve found and am living that balance here at Placemarque.

What past accomplishments do you think will help you in your new role?

For my final undergraduate degree project, I prototyped a public art scheme and wayfinding system which focused on getting people to slow down and engage with mindfulness and their environment.

I’ve also worked on human-centred design projects and designing for dementia, both of which have enhanced my design approach when it comes to accessibility.

It’s something that outwardly seems so simple yet there are so many layers of thought that go into it. There’s a real sense of satisfaction when something works so well that people effortlessly interact and engage with your work, oblivious to how much thought has gone into it.

Working on the huge variety of projects and being part of the iterative process that results in an improved experience for all users. And being part of a team that ensures all users’ needs are met and valued.

After graduating in 2020 with first class honours in Illustration Animation from Kingston School of Art, Rowan worked at Rockfield Media Ltd as a junior designer before joining us.

Over to you Rowan, tell us what your favourite movie is.

The Japanese animation, Akira (1988), comes to mind. It’s a film that’s shaped my interests since my early teens – from the art style, the design language, to even the soundtrack (and being an apocalyptic 80s sci-fi is always a bonus!).

What’s something that was inspired you recently?

A recent trip to Anglesey was unintentionally very inspiring. With virtually no internet I had the chance to reconnect with the natural world. And being beside the sea warranted plenty of freezing cold dives and swims of course.

Until I was about nine I wanted to be a marine biologist, mostly because I loved crabbing and Blue Planet. But when it dawned on me that the job involved more than just liking sea critters, I decided to take up drawing sea critters instead.

Wayfinding is a way of connecting people to a place – an idea which I believe has firm roots in environmentalism. I’m excited by the idea of encouraging people to slow down, look around and be more present in the place they’re in; something we could all do more often.

Getting the chance to learn about the history of places and be a key part of projects that materialise in the real world – for a cause I care about. 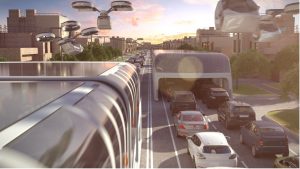 How can we best create net-zero communities? 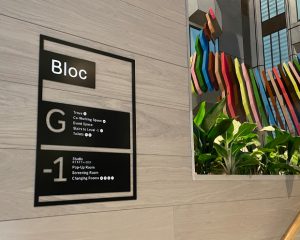 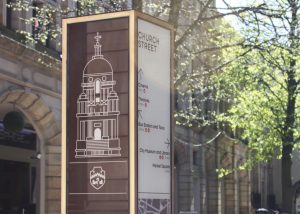